Hi Everyone! II tenki desune?! It`s gorgeous over here! It stopped raining this week, and the wheather has been perfect!
Alrighty still gotta go shopping today, so I`ll keep this quick

Some news:
-We got IPads! They`re awesome! They have sooo many cool resources! We had to use it to translate for us from Japanese and English to Indonisian just yesterday! (We got a new indonisian investigator :D)
- I get to see President Yamashita 3 times this week! He and the new mission president came to our ZTM where they gave us Ipads, then he came to our ward on Sunday to speak and do a devotional, and he wants to do a role play lesson with us on tuesday and do some training for just us 4 missionaries in Toyota. Kinda intimidating, but it`ll be cool :D
-I gave a really cool talk on Sunday! I was scared to death! I was speaking in front of my mission president, and over a hundred people! I prayed so hard...It felt so good, Japanese words just kinda fell out of my mouth that I didn`t really know how to use haha. It was awesome!
-The Zone is doing a push up/sit up challenge. My compaion really wants to win...so he`s set our companionship goal to 1000 a day, needless to say my butt, neck arms, abs, and chest are rediculously sore. I didn`t realise how out of shape I`ve gotten on my mission. I need to go on a diet...
-I rapped in Japanese first time today! It`s alot easier than rapping in English!
-I translated for the first time yesterday! We helped suzuki do his home teaching to the Philippeno sisters. It was kinda awkward because he just pretty much called them to repentence the whole time, which is really awkward to translate, so I changed it a few times haha. He doesn`t know so it doesn`t matter though.
-We accomplished our ward goal to have 100 people at sacrament meating! Had 105! Usually our ward averages about 60-70 people.
-We found some dang cool less actives!

So now that I have an Ipad, please email me whenever! I can read emails anytime I want now, I just cant reply to them until Monday. Love you all!
On an exchange with the District leader! It`s childrens day next week, so there`s lots of these carp kites out. 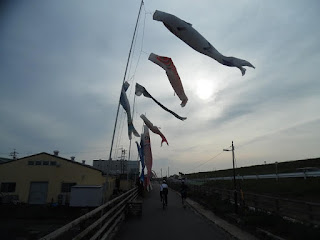 ​
One of the less actives was best friends with our mission president! This is President and Sister Yamashita when they were young! 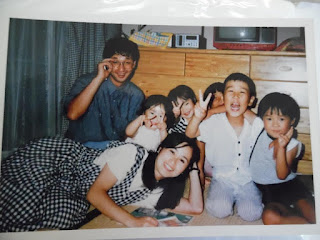 ​
​I lots of pictures of these...but I still take them. Temples are cool. :D 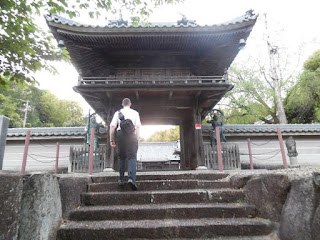